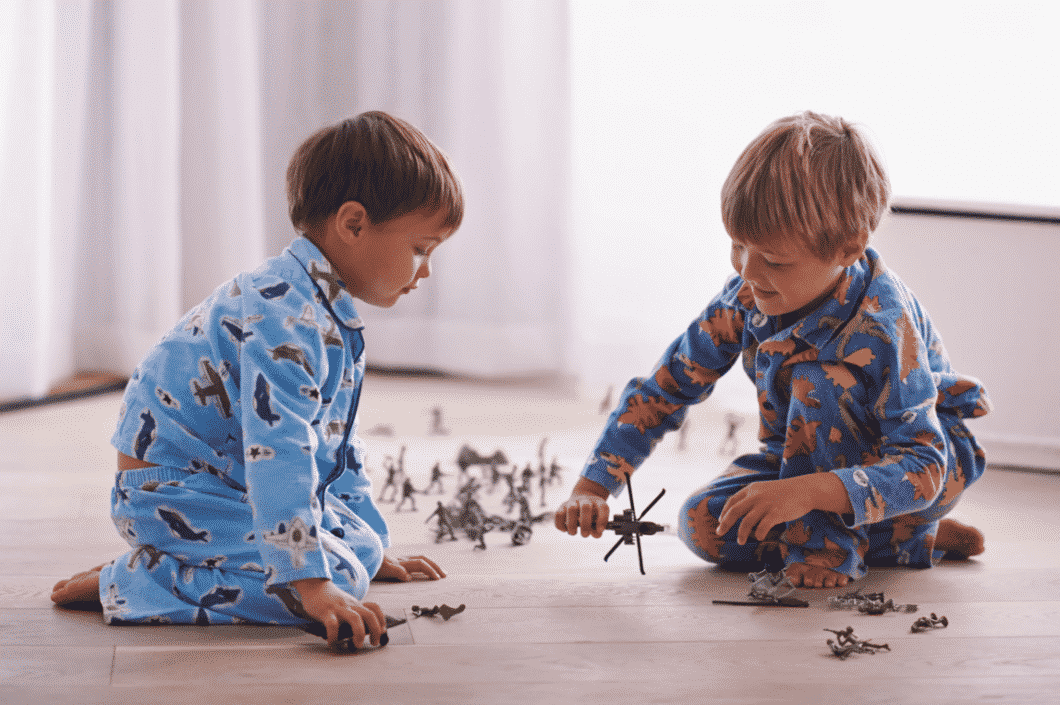 A lot has happened since your little one entered your lives, for him/her and you both. Now, most 2-3 year olds are potty trained and have well-established routines that typically involve daycare, perhaps some extracurricular activities, play dates with friends, and hopefully at least a solid 8 hours of sleep at night. As I am writing this post, my older son, Jacob, is 2.5 years old (while Adam, my youngest is 6 months), so I am waist deep in this stage not only as a Speech-Language Pathologist, but also as a mom.

It is really fascinating to witness your child’s development first hand. Perhaps, I am overanalyzing everything, viewing behavior and language not only as a parent but also as a professional… but I am just constantly in awe as I watch my 2.5 year olds’ language quite literally explode! He is taking conversational turns with adults and peers, forms 5+ word sentences, fine tunes his articulation, and displays various aspects of higher cognitive processes including reasoning, analyzing, debating, forming his own opinion, and pulling some really witty jokes. And he does that in two languages equally well! We speak Hebrew and Russian to him at home (in a later post I will discuss language development in bilingual children) and let me tell you, he can code-switch (i.e., switch from using one language to another, without mixing the two) really well at this point, speaking Hebrew with some and Russian with others. I am an avid advocate for exposing children to multiple languages if they are spoken at home – it is a common misconception that children will be confused learning several languages at once, leading to delays. If done properly, your child can master a few languages simultaneously. More on this and the benefits of teaching several languages in a later post!

Since I started coming up with acronyms to help parents and caregivers better remember the various skills and abilities that need to be acquired within certain age ranges, I received countless positive feedback from my clients that these really help them stay on top of things. Do you remember what LOVE, RISE, POWER, and ACTIVE stand for? If this is the first blog post that you are reading, go back to my earlier post to acquaint yourself with the earlier milestones. Otherwise, keep reading for the description of RULES skills, which are mostly mastered by age 3.

RULES – while your toddler may not be a fan of house rules like bathing, brushing teeth in the morning and before bed, and eating a vegetable with each meal, they are becoming quite good at following the implicit rules that regulate communication:

R – Rule. Language is governed my many rules. Between the age of 2 and 3, your toddler will be beginning to use these rules when forming words and sentences, albeit with many cute mistakes. Multiple grammatical errors are absolutely normal at this stage. For example, they should be able to use plurals (e.g. socks, books) and regular past tense verbs (e.g. walked and talked). It is normal to overgeneralize this language rule to irregular past tense verbs too, saying “eated” for “ate” and “bringed” for “brought,” etc.

Some additional emerging language rules at this age include:

U – Understanding! With a receptive vocabulary of 500-900 words, your toddler should understand most things said to him/her by now and accurately respond to yes/no, WH (who, what, where, when, how) questions. They should understand various concepts including size (big/small) and amount (one/many). By now, they should also understand gender (tell you if one is a boy or a girl), negation (not eating), and object function (e.g. which one do you wear on your head?).

L – Loud. Toddlers often speak with a loud voice and increased range of pitch. As their sense of rhythm improves, toddlers also love to sing songs.

E – Expressive vocabulary. Your troublemaker should be able to say ~50-250 words, including expressing toiled needs, requesting items by name, identifying most body parts, colours, numbers, alphabet, asking questions, and using at least 3-4 word phrases. He/she should be referring to self using a pronoun (“I” instead of “Jimmy”). Speech is mostly intelligible to you and ~50-75% to unfamiliar listeners. While there are still many errors with consonants, most vowels should be mastered by now. Initial consonants should be used consistently (although many may be misarticulated) (e.g., ball on all). Medial consonants may still be frequently omitted (e.g., cuamber for cucumber) and final consonants are often either omitted (e.g., or substituted for another.

S – Social. Social butterfly is what most typical 2- and 3- year olds are. They may be on the shy end around new people and in public places, but they surely love to socialize with family and friends. This includes shared book reading, joint play (playing together in the same game or activity, rather than just side by side), and just maintaining a topic over multiple conversational turns.

Add Two Can Talk to your Homescreen!